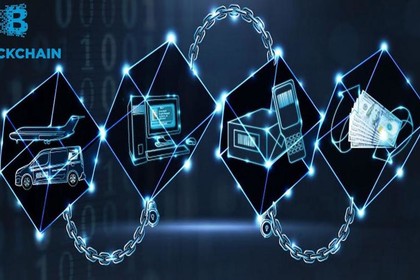 A report published by the Scottish Government provided details of how to utilize blockchain in public services.

The Scottish Government published a report that underscores the benefits of blockchain or distributed ledger technology (DLT) in public services laying the ground for a push in using the technology.

In a report, the official website for of the public sector UKAuthority, titled “Distributed Ledger Technologies in Public Services” the government described blockchain as creating opportunity on “natively digital” services and also presented several suggestions to build on the possibilities.

Compiled from research carried out by blockchain development specialist Wallet Services for the Scottish Government Digital Directorate, it says the country should ‘join the international ecosystem’ of DLT, develop a national vision and launch small-scale public sector projects.

The report recommended more studies whether blockchain is capable of supporting or undermining compliance with the latest General Data Protection Regulation. It noted that DLT makes it unclear who is the data processor when used for citizen data, however, there are blockchain applications that credit the technology with ‘privacy by design’ as it allows the data subject to retain control of who has access to the information.

Accordingly, the report submitted five broad recommendations such as enabling a group comprised of experts from the Scottish DLT community to build a direction on how the technology could be utilized to improve the national economy.

It also suggests implementing a measure that would embed implant applicable skills and knowledge around “fundamental disruptive technologies” in the public sector, as well as to work with other economies and collaborate on how to best use blockchain.

“It also urges that the Scottish Government looks at promoting the use of the technology through channels such as the CivTech programme, the CodeClan digital skills academy and the University of Edinburgh’s new AI and blockchain accelerator,” UKAuthority said.

Lastly, the report advised the creation of a group of leaders from the public sector to determine how blockchain could be used to solve common concerns. This group should be provided with a budget to finance proof of concept activities and knowledge and put forward examples of how the international community is adopting DLT.

Meanwhile, analytical companies Big Innovation Centre, DAG Global and Deep Knowledge published a separate report last month, suggesting the United Kingdom is ready to become a global hub for blockchain and cryptocurrencies over the next years.

It said the UK has all the required resources to achieve that goal.