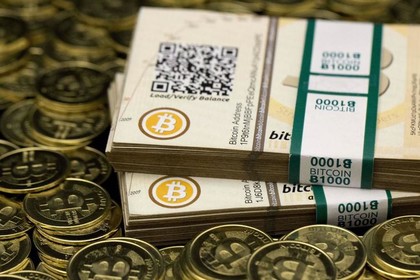 Russian police officers have seized more than 20 cryptocurrency ATMs, owned and operated by the company BBFpro, from trade centers, restaurants, and shops across the country, local media reported on Saturday. The reason for the seizure is unknown, but BBFpro said that authorities want to know what the working system of the ATMs is and how the company operates these machines.

BBFpro will appeal the confiscation and will claim reputation and economic damages, the company’s legal representative Sarkis Darbinyan said. The firm has 22 Bitcoin (BTC) ATMs in nine Russian cities including in one of the 2018 FIFA World Cup hosting places Rostov-on-Don. All machines were seized on Friday. The authorities will conduct an analysis of the ATMs’ working systems, the BBFpro exchange rate calculations, and the customer identification procedures, Darbinyan explained.

“There is no ban on the purchase of cryptocurrency in the current legislation. The company complies with all the procedures established by law, it pays taxes, and even identifies users despite the absence of such mandatory requirements,” Darbinyan, who also works at the Russian NGO Center for Digital Rights, told RBC.

BBFpro had not received any signals or questions from the authorities before the operation, according to the company’s CEO Artem Bedarev. Bedarev claimed that the seizure was ordered by the federal prosecutor’s office after it had received a signal from Russia’s central bank.

“I was told verbally that the inspection would take at least six months and that the ATMs wouldn’t be returned until it’s finished,” Bedarev said.

The central bank did not respond to the questions about Friday’s operation and said that the regulator works permanently on preventing financial crimes including the methods of using cryptocurrencies in illegal activities.

BBFpro is one of the several cryptocurrency ATM operators in Russia. The company has implemented a pilot Know Your Customer (KYC) system that collects client personal data such as names, date of birth, national identification number, and other information. It uses the exchange rate of the Exmo.me crypto trading platform.

All 22 BBFpro ATMs offer only buying services. The firm wants to install machines that have BTC selling functions but have put on hold this plan due to the regulatory uncertainty. In March, Russia’s Finance Ministry submitted a draft cryptocurrency law to the Parliament, but the State Duma has not yet voted the bill.