New Rules: US Regulators Extend Their Purview Within Crypto Industry 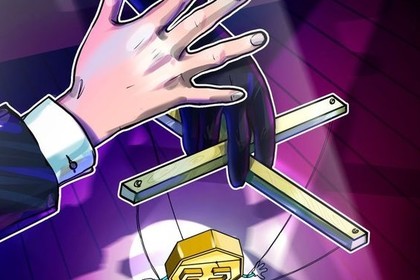 This week, on the same day, two United States regulating bodies — the Financial Industry Regulatory Authority (FINRA) and its ruling organization the Securities and Exchange Commission (SEC) — reported filing objections against non-compliant crypto players who made some false statements regarding their businesses.

While the SEC barely needs any introduction for those who follow the crypto industry, FINRA might seem unfamiliar. FINRA is a private, non-federal agency, although it is overseen by the SEC. It regulates one specific part of the securities industry in the U.S.: brokerage firms doing business with the public.

What makes the news particularly interesting is that both agencies seemingly extended their purviews, as FINRA targeted a questionable crypto security and the SEC turned its attention to funds managing virtual currencies. And as the icing on the cake, a New York federal judge ruled that U.S. securities laws were applicable for dealing with crypto fraud allegations — all on the same day, Sept. 11.

FINRA has filed a complaint against a Massachusetts resident Timothy Tilton Ayre. The watchdog charged him with securities fraud and the illegal distribution of an unregistered cryptocurrency called HempCoin (HMP) (not to be confused with the company of the same name that trades THC tokens).

Ayre’s HempCoins premiered on exchanges C-Cex and Yobit. More than than 81 million HMP coins were mined in late 2017 and traded on the aforementioned platforms. Currently, HMP is not listed at any exchange and its market cap totals a modest $104,463, according to CoinMarketCap. Ayre’s cryptocurrency has also seemingly erased all of its social media presence, while its former website reroutes to some unrelated content.

Thus, in the recent complaint, FINRA states that Ayre’s claims were “fraudulent, positive statements about RMTN’s business and finances.” As Ayre never attempted to register the coin, FINRA chose to charge the RMTN president with the unlawful distribution of an unregistered security.

In the press release, FINRA reminded that anyone named in its complaint can file a response and request a hearing. If the agency confirms there were violations, Ayre might face a fine, censure, suspension or be barred from the securities industry altogether.

FINRA’s action came on the same day as its overseer, the SEC, issued two separate cease-and-desist orders along with fines.

First, the SEC filed a cease-and-desist against Crypto Asset Management (CAM) fund and its founder Timothy Enneking, who reportedly presented CAM as the "first regulated crypto asset fund in the United States.” CAM raised $3.6 million from 44 investors in late 2017, bringing its net asset value to $37 million.

According to the filing, the fund has, in fact, "never been registered with the Commission in any capacity." Тhe watchdog stresses that CAM “wilfully” broke the law by claiming to have the necessary credentials associated with holding and trading securities.

After the SEC reached out to CAM, the fund agreed to stop its public offering and offered a buyback to investors. CAM has also agreed to pay the $200,000 fine, although he didn’t admit or deny guilt to the allegations.

The SEC’s second notice addressed TokenLot, a crypto broker-dealer lead by Lenny Kugel and Eli L. Lewitt. TokenLot marketed itself an “ICO superstore.” According to the regulator, Kugel and Lewitt also breached the law by failing to register their business in the country. Similarly to CAM, TokenLot has already agreed to pay a $471,000 fine but did not admit or deny the findings.

The regulatory scrutiny for virtual currencies in the U.S. is likely to become even more thorough, as Sept. 11 featured yet another precedent: A New York judge ruled that securities laws can be applicable for prosecuting crypto fraud allegations, in what appeared to be the first U.S. court case to address the matter.

The case was filed against Brooklyn resident Maksim Zaslavskiy. Prosecutors have claimed that in 2017, he gained a minimum $300,000 from investors for a cryptocurrency called REcoin, which claimed to be backed by real estate, and Diamond, supposedly underpinned by diamonds. Investigators state that no real estate or diamonds in fact supported the digital assets.

As a result, U.S. District Judge Raymond Dearie ruled that federal securities laws should be interpreted “flexibly,” dismissing a motion from Zaslavskiy’s lawyers to drop the charges on the grounds that the cryptocurrencies didn’t fall under the Securities Exchange Act.

As per Reuters, Dearie’s statement and other filings in Zaslavskiy’s case did not mention any similar court decisions on applying federal securities law to crypto-related fraud cases.

Thus, U.S. regulators have been increasingly focused on the crypto market as of late. Importantly, this week’s news might mark an extension of the watchdogs’ action on the field of cryptocurrencies, as both the FINRA’s and SEC’s action this week were apparent firsts, while the N.Y. court decision also seems to have set a new precedent.

Indeed, FINRA has reportedly never issued any disciplinary action within the crypto industry until now. The agency’s arrival could be expected, though, as FINRA published a guide on how to avoid crypto scams just several days before the HempCoin case was announced.

The SEC, in turn, has publicly addressed crypto hedge funds in an apparent first as well. There were more than 226 funds managing digital assets who controlled at least a combined $3.5 billion, as of February 2018, according to Autonomous NEXT research. The first signs that they had triggered the SEC’s attention arose in March 2018, when Bloomberg, citing anonymous sources, reported that the agency sent a number of requests to crypto-focused funds regarding their compliance, and even allegedly issued subpoenas for some of them.

In separate news for the U.S. industry, a group of resident crypto-related companies — including Coinbase, Protocol Labs and Digital Currency Group — teamed up to form the Blockchain Association, the “first” lobbying group representing the blockchain industry in Washington, D.C. It will represent mainstream companies that look to operate within the political system, address policy issues and the treatment of crypto by U.S. tax law, as well as collaborate with lawmakers on Anti-Money Laundering (AML) and Know Your Customer (KYC) policy development within the industry.

The events mentioned above follow U.S. Rep. Bill Huizenga’s July speech, when the lawmaker argued that Congress should empower financial regulators such as the SEC to regulate the cryptocurrency market in compliance with the same rules governing other currencies and stocks.

Nevertheless, for now, U.S. regulatory bodies still haven’t come up with one definitive scheme to regulate the crypto industry, as watchdogs continue to approach them differently, depending on their competence. In May, the Commodity Futures Trading Commission (CFTC) chairman, Chris Giancarlo, stated he doesn’t see comprehensive crypto legislation coming from the federal level in the near future, pointing out that the statutes by which the CFTC is operating were written in 1935.