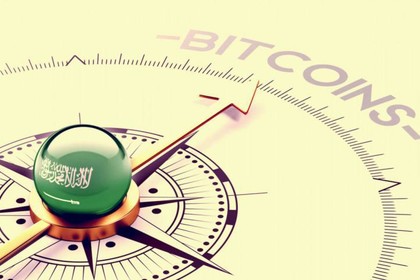 No entities or individuals are licensed to deal with Bitcoin (BTC) or altcoins, the country monetary authority warned.

The oil-rich Kingdom of Saudi Arabia has warned the public against making investments in cryptocurrency, according to a statement of central bank’s standing committee.

The committee noted that activities with Bitcoin (BTC), as well as other virtual coins, have negative consequences and pose a high risk, as the crypto industry is out of governmental control. Saudi authorities used the term ‘virtual currencies’ for cryptos, similar to the G20 description – ‘virtual asset’.

“The committee warns all citizens and residents about drifting after such illusion and get-rich scheme due to the high regulatory, security and market risks involved, not to mention signing of fictitious contracts and the transfer of funds to unknown recipients/entities/parties,” the body explained.

The standing committee, established by a royal decree with the aim to reduce investments and trading in Forex and digital coins, is under the umbrella of country’s central bank - the Saudi Arabia Monetary Authority (SAMA). The Committee includes representatives of Capital Market Authority (CMA), Ministry of Media and Ministry of Commerce and Investment.

SAMA has a different approach towards cryptocurrency and their technology, the blockchain. Earlier this year, the central bank teamed up with Ripple, the US startup behind third largest digital coin XRP, for testing DLT-based payments.

Developed as a distributed ledger technology (DLT), the blockchain has capabilities to lower the transaction fees, foster the deal-making, and bring transparency by tracking all activities, which makes it attractive to various financial institutions worldwide.

The Gulf countries have a different attitude regarding cryptocurrency. Bahrain, whose royal family is one of the closest allies of Saudi Arabia, is very active in attracting crypto investments. Last month, the country’s central bank gave Stellar Foundation, the body that develops Stellar Lumens (XLM) virtual coins, a special Sharia certification for payments and asset tokenization.

United Arab Emirates, another Saudi Arabia’s ally, is home to two cryptocurrency projects - DubaiCoin, which pretends to be the first pan-Arab virtual currency, and Alibabacoin, the project sued by Chinese tech giant Alibaba for misleading investors by using the word ‘alibaba’.