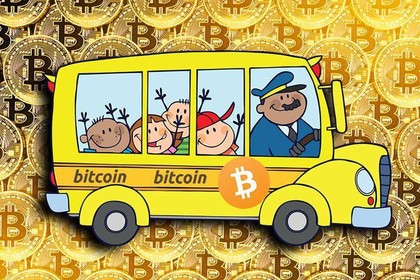 Under a three-year contract with electric buses operator National Transportation Capacity, the New York-based blockchain company will provide fixed-income lease financing-based products, it revealed in a statement. Using its alliance network, SSC is committed to organizing two funding campaigns – one in China for 60 billion Chinese yuan ($8.76 billion) and another one on a global scale seeking to raise $15 billion.

As per a governmental initiative, China aims to have entirely gone over to electric buses by 2021. The replacement of the current system with electric vehicles is estimated to be worth a total of 1 trillion Chinese yuan (around $146 billion).

In a comment on the newly inked contract, SSC chairman and CEO Bruno Wu said

“It represents a new era and a paradigm shift in the way in which we view asset-based financial products; and it will serve as a window to the world on how asset value and liquidity can be unlocked by traditional industries as we take fixed income products into the digital era.

According to Jihong Huang, president of National Transportation Capacity, the deal is crucial in relation to the digitization of fixed-income products, in that SSC has updated traditional lease financing with blockchain technology, whose key features are global accessibility, flexibility and fractionalization.

In contrast to the strict cryptocurrency bans currently in force, China is increasingly utilizing blockchain in various sectors. In a recent move, state-backed Bank of China and financial services firm China Union Pay agreed last week to collaborate on the creation of a blockchain-powered payment system. In a bid to solve its billing issues, the Chinese Aerospace Science and Industry Corporation is seeking to enhance its electronic invoicing system through blockchain technology.