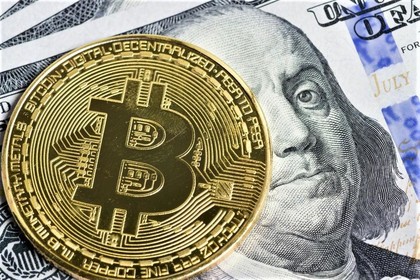 If bitcoin is to one day replace the US dollar’s money supply – that is the total of all paper bills, coins, checks, etc. in circulation – its price would have to rise to at least USD 213,000, according to a new letter to clients sent out by Swiss banking giant UBS, cited by various media outlets.

Joni Teves, UBS strategist, wrote in the letter that bitcoin in her view “is still too unstable and limited to become a viable means of payment or a mainstream asset class,” while also saying that the efforts by developers to address technical limitations such as scalability and speed have been “insufficient.

According to Teves, bitcoin will need additional regulatory support, as well as various consumer safeguards in order to become a future form of payment and a “legitimate asset class.” Also, Teves found that 70% of big bitcoin price moves were results of speculative "momentum-driven" interest.

The report further pointed out that bitcoin today can only process a fraction of the transaction volume that traditional payment providers like Visa can do.

However, solutions such as the Lightning network are emerging that would solve this problem. In this case, transacting and settling would be done off-blockchain, so the fees are low and thanks to the implementation of smart contracts for security, the payments can be instant - no waiting time for block confirmation. Also, another important factor is its scalability, which is supposed to make it possible for millions to billions of transactions per second to take place across the network.

Teves did not, however, address other key characteristics of bitcoin such as it being a censorship-resistant store of value, open to everyone, and free from inflation and government interference.

Also, when all 21 million bitcoins are mined by the year 2040, the actual amount available to trade or spend will be significantly lower. As research by Chainalysis, a digital forensics firm that studies the bitcoin blockchain, announced last November, showed, 2.78-3.79 million bitcoins were already lost.