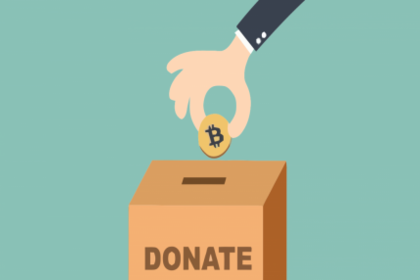 Thedonation projectwas announced Wednesday, Oct.24, during the World Investment Forum organized by the U.N. Conference on Trade and Development (UNCTAD) in GenevaSwitzerland.

At the forum, Binance CEO Changpeng Zhao — also known as CZ — took part in the Blockchains for Sustainable Development session. He said that Binance will cover all operational fees on the new BCF blockchain charity website, adding that all donations will go directly to its beneficiaries. Zhao also said that blockchain technology would help improve transparency in donations.

According to Binance, BCF will first use its donation platform to raise funds for the victims of the floods and landslides in Eastern Uganda. Binance has also revealed that decentralized blockchain project the TRON Foundation pledged an initial donation of $3 million to BCF.

During the same UNCTAD conference, Zhao also gave a brief report on crypto donations raised to help West Japan following devastating floods in mid-July, where 225 people died and 17,000 houses were damaged. Binance managed to distribute over $500,000 to various organizations via local intermediaries.

In early October, Zhao announced that all of Binance’s listing fees would be donated to charity. In his statement, the CEO stated that Binance would also allow developers themselves to name the amount they pay, without demanding a minimum fee.

Binance is currently the world’s largest crypto exchange by daily trade volume at $467 billion, up eight percent in the last 24 hours.